The house was built in 1847 by a Greek merchant, Philipidis, who, like many Greeks in those days, made his fortune in Egypt. He never lived in the mansion and after his death his brother inherited the house. The daughter of his brother married into the Vergos family and until the 1980s the house was owned and occupied by the descendants of the family.  Anastasia Vergos was the last occupant of the house, after her death the house was unoccupied.

In 2002 we purchased the property with the aim to return it to its former glory and to transform it in a B&B. The exterior was brought back to its original state, while the interior combines the typical characteristics of the Pelion architecture with modern comfort.  All the restoration changes where carefully managed to retain the atmosphere of the old mansion.  This meant that more recent additions such as the balcony that was added in 1902 to the front of the mansion, as a result of the fashion at that time to include neo-classic elements in those mansions, was  removed and relocated to a new annex. Without the balcony the front of the mansion returned to its former appearance.

The existing annex, or paraspito, was transformed into the breakfast room. Furthermore a new paraspito (annex) containing two suites has been added. The main building consists of seven rooms, a lobby and a spacious drawing-room on the top floor where traditionally the most opulent room was located.

If you want to enjoy a stay in an authentic Greek mansion, located in one of the most beautiful villages of Pelion, then you have reached the right place. 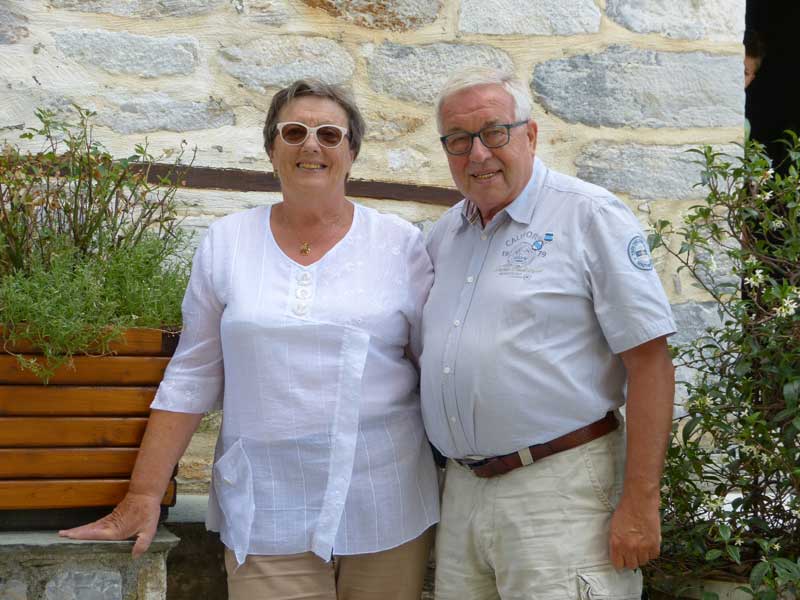 Browse through a selection of images illustrating the restoration works at Ta Xelidonakia.